Water Conditioning is Water Softening Plus…

For customers on municipal water (with chlorine) a water conditioner both softens the water and reduces or eliminates the chlorine and chloramines throughout the whole house.

For customers on well water, a water conditioner both softens the water and eliminates iron, sulfur or tannins if present. Especially on well water, Mr. Water will test the water to determine the specific type of water treatment and equipment that is necessary to provide the water quality desired by the customer.

Mr. Water provides follow up service to ensure that your water conditioner is performing properly, adjusted for any change in water conditions and to ensure your satisfaction for years to come.

Chloramine removal is near the top of the requests we get from city water customers. People are concerned and sometimes confused about chloramines.

Most of us are familiar with chlorine. For most of the 20th century, chlorine was the disinfectant of choice for public water supplies. Now it is being rapidly replaced by a substance called chloramine, a mix of chlorine and ammonia. The decline in the use of chlorine began with the relatively recent discovery of a group unsavory and often carcinogenic spin-off chemicals called trihalomethanes (THMs) that are formed when chlorine combines with organic matter in water. To meet EPA standards for THMs, which once created are hard to remove, municipal suppliers are turning increasingly to disinfection with chloramines, which produce much lower levels of trihalomethanes.

As often happens in our imperfect world, however, the solution to the THM problem brought its own set of problems. For example, chloramine can be deadly to fish in aquariums and ponds and to patients on dialysis machines. For regular home use, water with chloramine presents aesthetic issues of bad taste, odor and skin irritation. And let’s be frank: its long-term effect on health is largely unknown. Chlorine, after all, was added to water for decades before THMs were discovered.

For a variety of reasons, increasing numbers of people want chloramine out of the water they drink and bathe in. 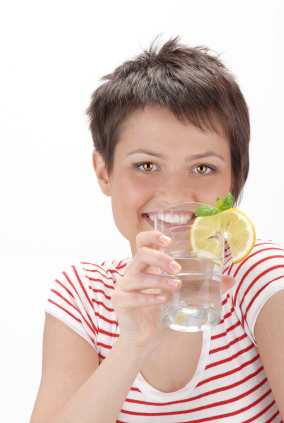